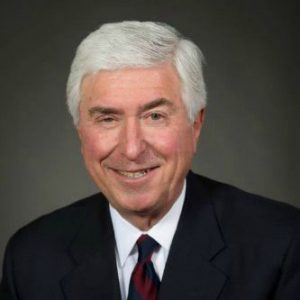 Joseph E. Zdarsky, partner in Zdarsky, Sawicki and Agostinelli, LLP, has been named to the annual Legal Elite that honors some of the most-respected attorneys in Western New York.

The program is sponsored by Business First and the Buffalo Law Journal.  Zdarsky is among about 100 honorees selected this year from more than 1,300 nominations for attorneys from area law firms, nonprofits and companies.

The peer-driven process includes of legal leaders, who represent some of the region’s largest firms, key federal, state and county legal offices, bar associations and the local law school.

Mr. Zdarsky is a founding partner of the firm. His career has spanned more than four decades, during which time he has handled a wide variety of business litigation, including contract, fraud, breach fiduciary duty, theft of trade secrets, anti-trust, professional malpractice and corporate/partnership governance cases.