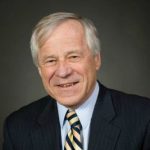 Mr. Sawicki has notable experience working as a Law Clerk to Hon. Matthew J. Jasen, Judge of the New York Court of Appeals from 1973-74, as a Special Assistant Attorney General, Attica Prison Riot Investigations from 1974-75, and as a Senior Assistant Erie County District Attorney from 1975-1979, where he worked on the Organized Crime Task Force.